Yesterday, I left work a few minutes early and headed to Thessalon, determined to find the Great Gray Owl that has been hanging out there for the past few weeks.  I had already tried twice for this bird and been unsuccessful.

I arrived and took a quick drive down the stretch of the road that it hangs out along.  Nothing.  So I parked my car and walked the entire stretch.  Still nothing.  After only a minutes or two into my walk back down the road and towards, a big bird flew out of a spruce tree along the side of the road.  I only was able to see one of the wings, but there was no question that wing belonged to a Great Gray Owl.  It landed in a tree further up the road and I was able to snap a few photos of it there. 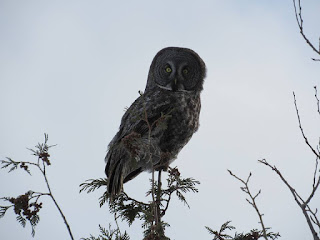 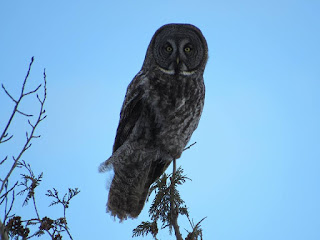 It then took off and landed in another tree, further down the road.  It was actively surveying the adjacent field for a meal and would barely pay any attention to me.  I only had a few opportunities to snap some photos when it was actually looking at me. 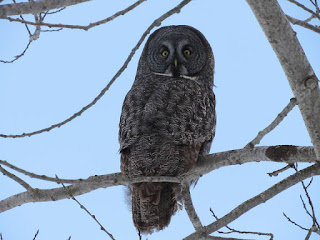 It was really cool to watch it hunt.  It would take off from it's perch in the tree and glide through the air over the field.  It would then suddenly dive bomb and crash into the snow below.  I saw it do it three times and it appeared to be unsuccessful all three times.  A few voles got off lucky this time. 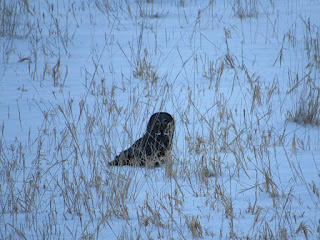 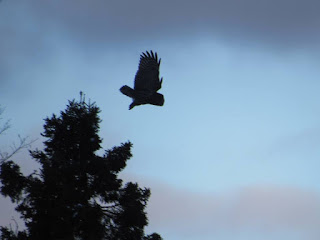 Posted by Carter Dorscht at 11:13 No comments:

On Sunday, my girlfriend, Lindsey, and I crossed the International Bridge into Michigan and drove down the I75 to Rudyard to see some Snowy Owls.  We ended up seeing ten of them on the day, with eight of them inside the famous Rudyard Loop.  I got some decent photos of a few of them, including a beautiful adult male. 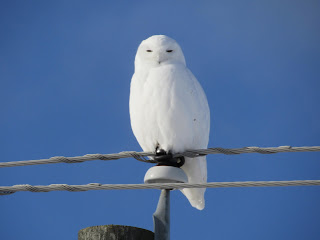 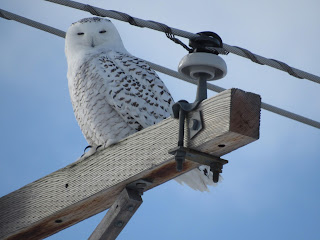 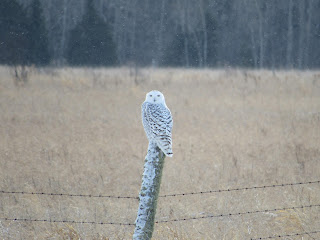 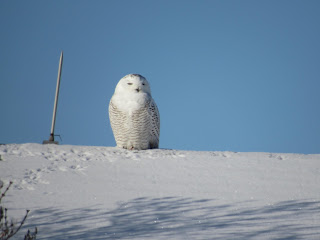 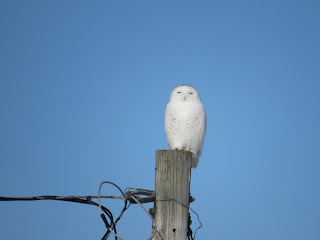 We did a little other birding after seeing the Snowy Owls, but didn't really see anything too exciting.  A couple Sharp-tailed Grouse flew over the road in Dafter and a Red-bellied Woodpecker and a Northern Shrike were spotted among all the usual feeder birds in the Dunbar Forest.
Posted by Carter Dorscht at 06:18 No comments: